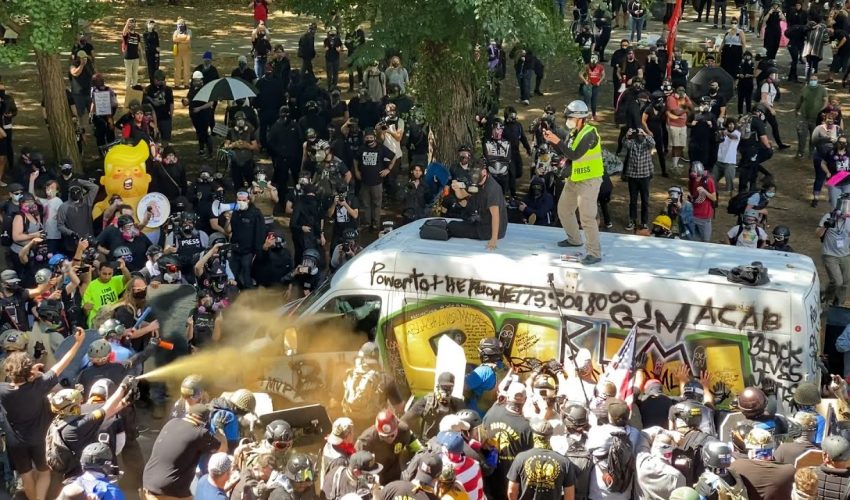 On the 87th day of violent protests in Portland, antifa met a large group of right-wingers in downtown during a pro-police rally. The demonstrations devolved into a riot where there were large brawls and fights, mostly between the Proud Boys and antifa. Later on, antifa mobs sought out smaller right-wingers that were separated to try and beat them up. [chatroom]