Flying Canadian flags, demonstrators are inspired by Canada’s Truckers as French police fired tear gas on Saturday at protesters as they rallied in Paris, inspired by the so-called “Freedom Convoy” demonstrations against COVID-19 restrictions in Canada. At one point, demonstrators appeared to push past officers along one street in the city, prompting police to launch tear gas cannisters.

People rallied in Paris around the Arc de Triomphe and along the Champs Elysses Avenue in opposition to the French vaccine certificate that is required to enter many public places. Cars carrying protesters were able to get through police checkpoints earlier in the day in central Paris to snarl traffic as people waved flags and marched through the city.

Police said they had allowed two street marches to go ahead that afternoon. But it wasn’t without issue, as police said they issued about 300 tickets to occupants of the nearly 500 vehicles they stopped. 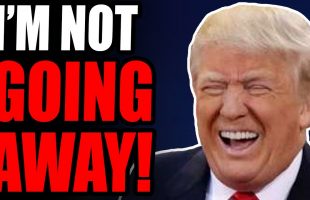 Trump ISNT GOING ANYWHERE! Sets A Couple TRAPS For Biden On His Way Out, Paving The Way To 2024!! 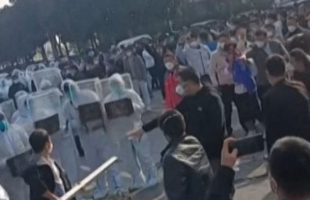 CHINA BACKS DOWN ON 0-COVID IN MAJOR CITIES 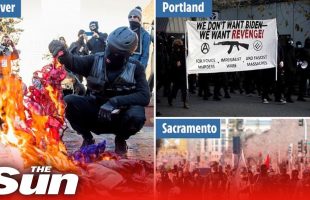