The European Union aims to set forth a regulatory “European Media Freedom Act” which is expected to be approved by next week.  For them, it’s a revolutionary move. For the small private news sharing outlet, stifling censorship.  For media outlets it could be the beginning of the end for small media youtuber. It even effects other countries.  Long story short, they want full disclosure of each news media company while they censor media commentary.  The UN in regard to the Ukraine War for example seeks to (in their words) ” limit foreign disinformation” and “any news and/or information that is anti-Ukraine” or anti EU. In other words, their interpretation of it.

Under the guise of regulatory law, the commission emphasizes that this is the first of it’s kind, but in reality, not only does it interfere with international law, it suppresses the voices of those who share different views of the Ukraine war.  The domestic interference the commission seeks to limit is “foreign disinformation” and “propaganda” but we know what this means – it is also news without political or corporate / government filter or interference by EU/Nato.   The EU wants to curb any information that is not in keeping with their interpretation of what they want the world to see.

This also effects the U.S. and independent / alternative news broadcasters and listeners.  The draft also states that “European Union Authorities may take more aggressive measures against rogue media service providers, including from some other nations who may ultimately endanger national security and defense“. It also “includes different actions aiming to support the recovery and transformation of the media and audiovisual sector after the pandemic, protect and empower journalists across the European Union, and ensure media freedom and pluralism throughout the Union.   However, both Vice-President of the Commission Věra Jourová and Commissioner Thierry Breton have acknowledged in front of the European Parliament that complementary tools are needed at the EU level to counter the growing politicisation of the media in some Member States.

To uphold this act, “European watchdogs ” would cooperate to counteract propaganda from abroad and local news portals.  The future watchdogs would also advise the commission on future strategies, penalties and censoring.

The Act will also require media organizations to declare the owner of the outlet (either directly or indirectly) and the identity of the shareholders.  According to Brazil, this clarity is necessary for readers and viewers to identify and understand who is of potential conflict of interest to the story.

“The Democracy Action Plan” is another act that claims to set out measures to “promote free and fair elections, strengthen media freedom and counter disinformation”. More concretely, the Commission will propose legal action on political advertising that will address the sponsors of paid content and production and distribution channels, including online platforms, advertisers and political consultancies, clarifying their respective responsibilities. The Commission will also recommend measures to tackle safety of journalist and present an initiative to protect them from strategic lawsuits against public participation (SLAPPs). Finally, the Commission will steer efforts to overhaul the existing Code of Practice on Disinformation, strengthening requirements for online platforms and introducing vigorous monitoring and oversight.

The reason for this action is because in their words: “Facts have to be distinguished from fiction, and free media and civil society must be able to participate in an open debate, free from malign interference. Therefore the EU is taking action to make our democracies in the EU more resilient.”        t. 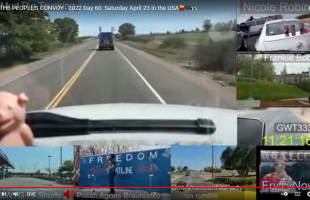 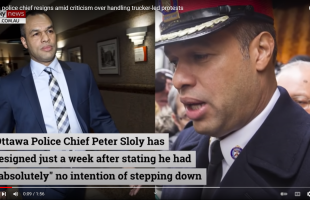 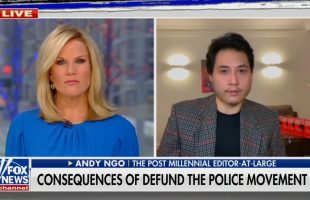 If Antifa are terrorists, are the Proud Boys, too?